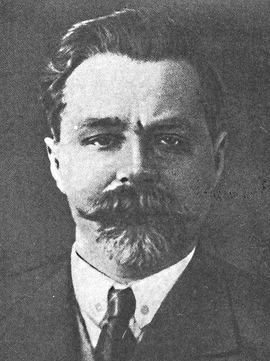 He learnt at the 10th Moscow Male Gymnasium; in 1906, together with brother, he enrolled to the Historical and Philological Faculty of the Moscow University. In 1908-1909, also with his brother, he went at the expedition to the Belozersky and Kirillovsky Districts of the Novgorod Region to collect folklore and ethnographical material. In 1911, he stayed at the Faculty to prepare himself for the Master exams and for his thesis. At the same time, he started to reach students.

In 1936, on the recommendation of the Moscow Institute of Philosophy, Literature and History, he got the Doctor degree in Philology without a defense. In 1938, he founded the Chair of Folklore at that Institute – later the Chair was transferred to the Moscow State University.

He died on January 15, 1941, in Kiev, after a public speech; he was buried at the Novodevichie Cemetery in Moscow.