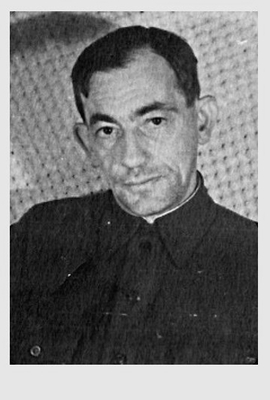 Schilling Eugeny (1892–1953) – specialist in the Caucasus studies, historian and ethnographer.

He graduated from the Historical and Philological Faculty of the Moscow State University; since 1920, he worked at the Committee for Studying Languages and Ethnic Culture of the peoples of the Caucasus; later – at the Sector of the Caucasus of the Institute of Ethnography. He was one of the founders of the Central Museum of Ethnography in Moscow (1923-1948); in 1939-1952, he taught at the Chair of Ethnography of the Historical Faculty of the Moscow State University; he was participant and organizer of more than 20 ethnographical expeditions to the Caucasus.

In 1930, he was arrested, as many other researchers of the Central Museum of Ethnography, in the frames of the so called ‘affair of museum personnel’; he spent eight months in prison.

In 1944, he defended his thesis ‘Kubachi and Their Culture: Historical and Ethnographical Etudes’. In his research activity he put a special attention at studying material, artistic and spiritual culture of Dagestan.

He made a serious input into the comparative research of religious beliefs of the peoples of the Caucasus: regional peculiarities of Islam, pre-Islamic beliefs, elements of Christianity, veneration of sacred places, groves and trees, ritual practice of calling for rain, spring agrarian rites, feasts for fertility and new crops, calendar rites and feasts, divination, healing, omens, religious symbols and magic amulets.