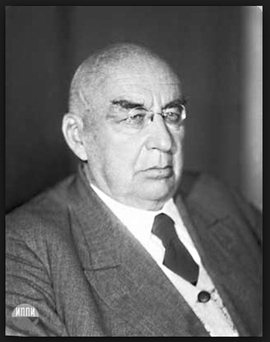 In 1889, he graduated from the Historical and Philological Faculty of the St. Petersburg University. In 1905, he went to Urga (Mongolia) and got a chance to work in book collections of Mongolian Buddhist Monasteries. In the course of that travel, he was the first European Buddhologist who came in touch with Dalai Lama.

He considered the comparative method (comparison of Buddhist thought with western philosophy) the fundament for historical and philosophical research of Buddhism. He was the first scholar who compared problems of Buddhist thought with problems of western philosophy. Particularly, in his work ‘The Cognitive Theory and the Logic According the Doctrine of Later Buddhists’ (1903) for the first time he used Kantian terminology for studying Buddhist thought. He considered it would help to understand Buddhism. He set accents at the philosophical doctrine of Buddhism – exactly at logic and epistemology, and ignored religious practices of Buddhism. He proved that Buddhist logic made a big influence at the evolution of the Brahman thought and helped to shape principles of its logic. In translation Buddhist texts he kept the interpreting or philosophical method, i.e. reconstruction of philosophical system; he considered it was necessary to build terminology the literal translation of which would be useless.