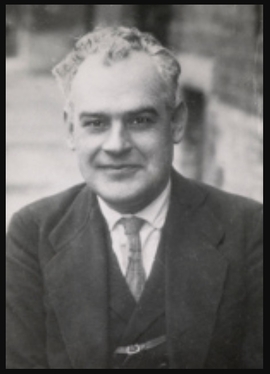 In 1908, finishing the Kerch gymnasium, he enrolled to the Faculty of Oriental Languages of the St. Petersburg University; he studied there under the supervision of N. A. Mednikov, A. E. Schmidt, and I. Yu. Krachkovsky. During his educational period, he twice was sent to Beirut (1910 and 1911).

After the graduation, he was invited to a position at the Teachers-Training Seminary of the Orthodox Palestinian Society in Nazareth. Having returned to Russia, he worked at the Economical Department of the Soviet of People’s Economics, later – at the Petrograd Trade Custom Office. Since September 1922, he was Teacher, Docent of the Chair of Arabic Language and Literature at the Institute of living Oriental Languages; he also taught at the Leningrad Institute of Philosophy, Literature and History.

In December 1935, he got his Candidate degree without a defense; he became Docent in Arabic language at the Leningrad State University. In 1938, he became temporarily Head of the Arabic Chair at the Leningrad oriental Institute. Since February 1, 1934, he worked at the Arabic Cabinet of the Institute of Oriental Studies of the Ac. of Sc. of the U.S.S.R.; since 1940 – Senior Researcher.

He prepared his Doctor thesis ‘Syntax of Contemporary Arabic Literary Language’ (1940). He died at the Blockade of Leningrad in 1943.