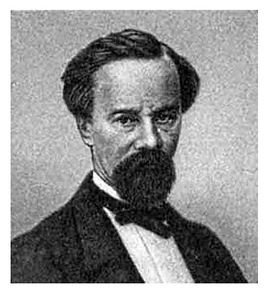 Since the age of 13, he has been paralyzed and had to use crutches. In 1843-1846, he stayed in the Moscow New-Elisabeth Hospital, where he learnt Russian and German by himself. He did not want to return to his Jewish mestechko in the town of Mogilev, and in 1848, he converted into Lutheranism, which led him to a complete break with his family.

In 1851, he finished the German school at the Lutheran church of St Michael; a teacher F. Miller and his family supported S. In 1851-1860, he travelled through Russia and collected folklore.

He entered the Society for Russian Language and Literature at the Moscow University. His first work ‘Russian Folk Bylinas and Songs’ (1859) was published on the recommendation of C. Aksakov and A. Khomyakov and was highly evaluated by A. N. Afanasiev.

He taught at various secondary schools and gymnasium; since 1871, he worked at the Imperial Russian Geographical Society. In 1874, his work ‘Belorussian Folk Songs’ (1874) was awarded with small golden medal of the Society.

In 1876-1900, he published articles in the magazine ‘Etnograficheskoe obozrenie’ (Ethnographical Review). Since 1886, on the invitation of Yu. Grot, he participated in th composing the Academic Dictionary of Russian literary language.

In 1881, he retired and settled in St. Petersburg.

Many songs fixed by S. are still popular (for instance ‘Two merry geeze” and other children funny songs).

For the history of religion his works on ritual songs are of are of special importance.