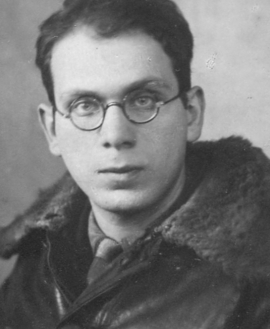 He was a participant of the WWII awarded with orders and medals. After the war he was awarded with the Order ‘Sing of Honour’ (1953) for the restoration the Museum of the History of Religion and the Kazan’ Cathedral, where it was located.

Candidate in History and Philology for the work ‘Proverbs and Sayings as Historical Source’ (1937); Dr. Habilit. in Philosophy for the work ‘Lenin and Problems of Atheism. Criticism of Religion in the Works by Lenin’ (1963). He supervised more than 120 Candidates and Doctors. Wrote more than 250 research works in many aspects of religious studies.

He argued that rationalist conceptions of world were shaped in the frames of the mythological worldview; he understood the origin of philosophy as overcoming theological cosmogonic ideas; he saw the roots of philosophy in the ancient oriental ‘literature of wisdom’. He introduced a number of manuscripts of the eighteenth century into the research field; they served sources for the history of free-thinking in Russia. He proved that para-liturgical texts (like readings connected with a year circle) could be a source of information on culture and history; he described and classified Russian folk signs, and tried to analyze the origin and peculiarities of wizards’ practice. He classified forms of mysticism, studied psychopathology of mysticism, analyzed the philosophical content of ‘ciphered’ engravings by F. Goya (series Caprichos and Disparetes). He studied the past and present of Judaism, making a special accent at the Jewish free-thinking.

His book ‘Lenin and Problems of Atheism’ was a fundamental survey of the Marxist theory of the origin and essence of religion, philosophy of knowledge, position to Orthodox Church, Sectarianism, Christian Socialism and others.

He considered that the human kind would unite on the base of the ‘new thinking’ for the sake of solving the current problems, and approached to the problem of modernization of the concept of God in contemporary theology and philosophy of religion.