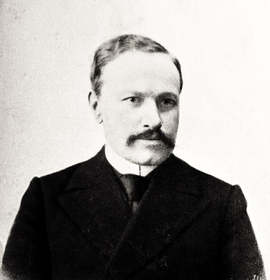 In 1883, he enrolled to the Historical and Philological Faculty of the Moscow University, where he studied under the supervision of F. F. Fortunatov.

In 1887, he got the Candidate degree for his graduating paper ‘On the length and Accent in the Common Slavic Language’; he stayed at the University to prepare himself for the Professor position at the Chair of Russian Language and Literature. In 1890, he passed his Master exams and started to teach the history of Russian language at the Moscow University.

He participated in the preparation of the reform of Russian orthography (1917-1918).