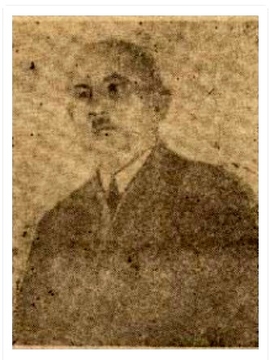 After the Tenishev School, he enrolled to the Historical Department of the Historical and Philological Faculty of the St. Petersburg University. He graduated from it in the spring 1914, and stayed at the Chair of the World History. He was a member of the Religious and Philosophical Society, and wrote for the newspaper ‘Birzhevye vedomosti’. In 1918-1919, as a member of the Constitutional Democratic Party (CD), he was twice under the arrest. After 1919, he completely left the political activity.

Since 1938, he worked at the Chair of the World History of the Kursk State Teachers-Training Institute. Before the occupation of Kursk during the WWII, he was evacuated with the Institute to Sarapul; in 1942, moved to Maikop, where the Odessa State University was during the War.

In 1945, he defended his Doctor thesis at the Odessa State University, on the theme ‘Social Basics of the Pagan Reaction of Emperor Julian’. He became Head of the Chair of the History of the Middle Ages of the Odessa State University, but in 1949, he was take off the position in the course of campaign against ‘Cosmopolitans”; although he taught as Professor. In 1951-1954, he made lectures in aesthetics at the Odessa State Conservatoire. In 1954, he retired and moved to Moscow; there he made lectures in aesthetics as a free-lancer at the Moscow State Conservatoire, and had a special course at the Moscow N. C. Krupskaya State Teachers-Training Institute.