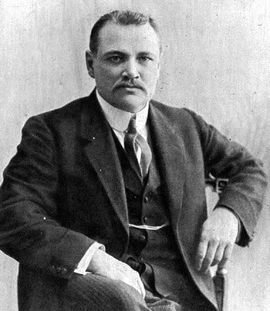 He was born in the family of a specialist in classical philology, a teacher at gymnasium, later – Actual Privy Council and Head of the Orenburg Educative District I. Ya. Rostovtsev. He learnt at classical gymnasium in Zhitomir and Kiev.

In 1888-1890, he studied at the Historical and Philological Faculty of the Kievan St Vladimir University; and when his father was transferred to Orenburg, R. went to the St. Petersburg University; he graduated from it in 1892. He stayed at the University to prepare himself for the Professor position; he went for a year to Italy at his own account. In 1892-1895, he taught at the Tsarskoselskaya Gymnasium. After passing his Master exams, he was sent abroad with a scholarship (1895-1896) for further training.

He was able to build a wholesome and logical picture of the history and culture of the North Black Sea coast. In the works o social and economical history of Hellenism and Roman Empire he constructed a new perspective for the classical society, city one – first of all; it was necessary background for any research in the field of classical religion. An expedition under the supervision of R. made the biggest input into the excavations of Dura-Europos.