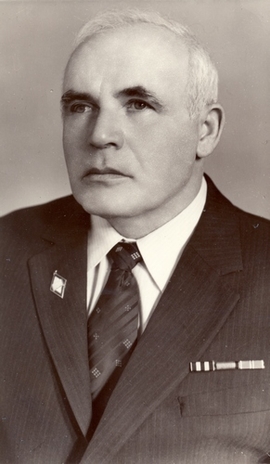 Rizhsky Mikhail (1911–2000) – Biblical historian, specialist in the history of the Ancient World, archeologist.

He was born in a religious Jewish family; he got the primary education in kheder. In 1928, he finished Soviet secondary school (10 years), after it he worked as miner in Donbas, as worker at the Nevsky Engineering Lenin Plant in Leningrad. In 1931-1933, he studied at the Leningrad Physical and Mathematical Institute, then was mobilized and till 1935 served in the Army at the Far East. After the demobilization, he entered the second year of the Physical and Mathematical Faculty of the Moscow State University by correspondence; in 1936, he transferred at the second year of the Historical Faculty of the Moscow State University, and graduated from it with honors in 1941.

In 1962, he started to teach Latin and the History of the Ancient World at the Novosibirsk State University. Since 1980-s, he put more and more attention to the Biblical studies.