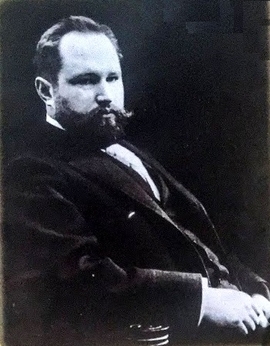 In 1892, he graduated from the University of Warsaw, where he studied at classes of Professors A. L. Block, and E. N. Trubetskoy. In 1898-1903, he was Ass. Professor at the Chair of Political Economy, and later at the Chair of the State Law of the Legal Faculty of the Tomsk University, where he combined pedagogical and social activity with his research work. He was interested in the problem of balance between right, moral, and religion, as well as the problem of the relations between state and church – the ‘ecclesiastic police’ in Russian and in the West Europe. The results of his research were to be form a thesis on the position of the state to a believer; they were published in a cycle of articles, where he interpreted the links of right, moral, religion in the Russian legal system; he studied concepts of the freedom of conscience and freedom of confession (he treated them as inextricably linked, because, on his opinion, the ethic basics of the freedom of conscience demanded the legal principle of the freedom of confession); and also the religious tolerance in the past and present on the base of existing Russian and European laws.

In 1901-1902, he traveled abroad, and was involved into Marxist discourse; after it he wrote a work ‘Public Good and Absolutist State’. In 1904-1907, he lived in Paris and worked at the Paris High School of Social Studies. Having returned to Russia, he taught at the St. Petersburg University as Ass. Docent of the Chair of political Doctrines; he was elected for Professor of the High Female Courses, and of the Legal Faculty of the Psycho-Neurological Institute.

After the Revolution 1917, he actively participated in the social-political life: headed the Department of Legal Initiatives and Codification of the Narkomat of Justice, worked over the first Soviet Constitutions 1918, was the author of the Decree on the separation of Church from State. In 1918, he was one of the initiators of the foundation of the Socialist Academy of Social Studies (later renamed into the Communist Academy), where he made anti-religious lectures, headed the Cabinet on Studying Religion and Religious Ideology, and a group of social psychology. That period, his attention was concentrated at religion as a social phenomenon with a clear class essence, with later reduction of religion to magic, and from magic to economical activity; from the other side – under the ideas of Freudianism, he stressed the importance of individual feelings of a religious subject formed on the base of his or her libido.

He left vast literary and scholarly heritage which is still not analyzed.