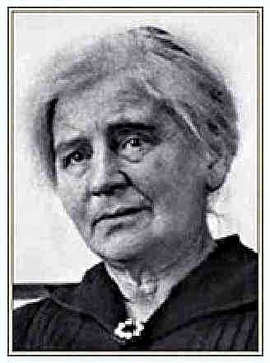 She was born in Mogilev in a merchant’s family. In 1886, after the Mogilev female gymnasium, she enrolled to the Bestuzhev High Female Courses in St. Petersburg. After four years at the Physical and Mathematical Department, she graduated with honors. In early 1890-s, she taught at the courses for female workers at the Society for Dissemination of Enlightenment among Jews. Later, she organized 4-years courses for Jewish girls in Zhitomir. At the same time she participated in the work over the Encyclopedic Lexicon Granat, write articles on geography.

In 1927, she prepared an essay ‘Materials on Tlingits Shamanism’, where she described exhibits of the Museum brought by travelers: Doroshin, Lisyansky,Voznesensky, and Chudnovsky. Her description was completed with a detailed story of the way of usage a certain object, its symbolical and semantic meaning, she gave also a comparative survey of American, Siberian, and Paleoasian Shamanism, noting similarities and noteworthy differences. R. Not only itemized exhibits, but also set important questions – actual for the current level of the discipline and religious studies, in general; she was interested in the origin and evolution of religion, in parallelism and diffusion of human cultures.

After the death of L. Ya. Shternberg, she prepared the publication of his work ‘Gilyaks, Orochi, Goeldi’, including additional materials on the ethnography of Gilyaks (Nivkhs) of Amur and Sakhalin; for instance, she collected and systematized data on the Gilyak lexical materials. In 1935, she prepared for publication a collection of articles by L. Ya. Shternberg ‘The Primordial Religion’.

In 1935, she got the Candidate degree in Ethnography without a defense.

She died at the Blockade of Leningrad.