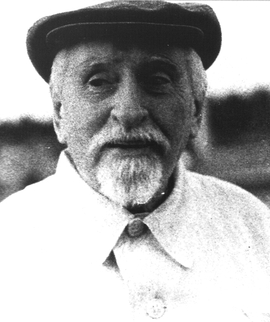 He finished the 1st Moscow gymnasium with the golden medal; in 1904, he graduated from the Historical and Philological Faculty of the Moscow University, and was recommended for preparation at the Professor position. Since 1905, he taught at the Moscow High Female Courses. In 1918-1930, he taught at the Yaroslavl’ State University (it was transformed into the Teachers-Training Institute in 1924).

He was awarded with the Orders of ‘Labour Red Banner” and of Lenin.

In the early period, he composed the three-volumed Reading-book in classical philology: ‘The Ancient World in the Monuments of Its Writing’ (Moscow, 1915; 1916; 1922; in 1922 I and II vol. were published in Moscow for the second time) and some articles for the collections of the Yaroslavl’ State University. The main volume of works made in his mature years included translations of classical authors (for instance, ‘The Athens Policy’ by Aristotle with all fragments by Solon, and ‘The Athens Policy’ by Pseudo-Xenophon and Speeches by Demosthenes), and basic manuals, numerously reprinted: ‘The History of the Ancient Greek Literature’ (Moscow, Ac. of Sc. of the U.S.S.R., 1940), ‘Introduction into Classical Philology’ (Moscow, 1965). For religious studies the most important work is his ‘Classical Mythology’ (Moscow – Leningrad, 1939).