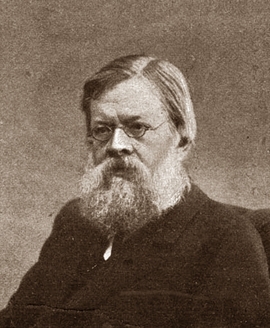 In 1853, he graduated from the Historical Faculty of the St. Petersburg University. In 1857, he defended his thesis ‘An Essay on the Literary History of Old Russian Novelettes and Tales’ and got his Master degree in Russian Literature. In 1860, he became Professor of the Chair of the Wold History at the Historical and Philological Faculty of the St. Petersburg University. In 1861, he left the University together with some other professors, supporting students’ protests against changes of the University Rule by Minister E. V. Putiatin. Since 1863, he was a member of the Editorial Board of the magazine ‘Sovremennik’; in 1865-1866, he was Editor of tthat magazine together with N. A. Nekrasov. In 1867, he worked for the magazine ‘Vestnik Evropy’, where he published many articles on Russian culture. He also translated books and articles, edited various publications by foreign and Russian authors of the eighteenth century.

In 1891, he was elected for Correspondent Member of the Ac. of Sc., at the Department of Russian language and literature. In 1898, he became Academician, and in 1904 – Vice President of the Ac. of Sc.

He wrote about Russian writers (Griboedov, Belinsky, Gogol, Lermontov, Saltykov-Shchedrin et al.). He was the author of the multi-volumed history of Russian literature, and the history of Slavic literatures. For the religious studies he is of special interest thanks to his research of such matters as Old Russian apocrypha, publication texts from manuscripts of the seventeenth – eighteenth centuries from collections of the Imperial Public Library (St. Petersburg) and the Rumiantsev Museum (Moscow); his work ‘The History of Russian Ethnography’ and articles and books in Russian religious movements and particularly about Masons, are still useful.