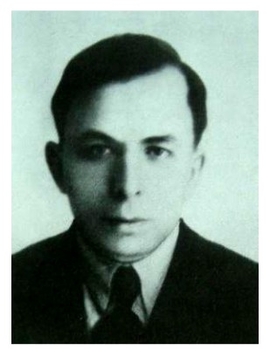 In 1923-1925 – student of the Institute of Hebrew History and Literature in Petrograd/Leningrad. In 1924-1925, he was also Secretary of the Managing Office of the Institute.

In 1929, he graduated from the Geographical Faculty of the Leningrad State University with the specialization in the Caucasus studies (at the Ethnographical Department); his supervisors were V. G. Bogoraz, E. G. Kagarov, L. Ya. Sternberg).

In 1924, he participated in the expedition studying Ashkenazi Jews – under the supervision of L. Ya. Sternberg and V. G. Bogoraz.

Later, he organized and participated in numerous expeditions to Georgia, Belorussia, Ukraine, and Jewish Autonomous District. In 1930, he headed an expedition to Belorussian Jews from the Central Museum of Ethnography (Moscow). In 1930, he worked out an exhibition ‘Judaism’ at the Anti-Religious Show of the Ac. of Sc. of the U.S.S.R. in the Winter Palace; in 1939, together with M. I. Shakhovich (from the Museum of the History of Religion of the Ac. of Sc. of the U.S.S.R.) and Artist G. A. Traugott, he made an exhibition ‘Jews in the Tsarist Russia and in the U.S.S.R.’ in the State Ethnographical Museum.