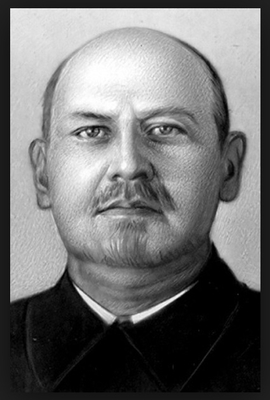 He was a disciple of S. F. Platonov and A. A. Shakhmatov. In 1903, he graduated from St. Petersburg University and stayed at the Chair of the History of Russian Church to prepare for the Professor position. In 1907, he became Ass. Docent at the University, and started to teach at the First Imperial Cadets School. In 1914, he defended his Master thesis ‘Essays of the Ecclesiastic and Political History of Kievan Rus’ of the Tenth – Twelfth Centuries’. Since 1918, he was Professor of the St. Petersburg University. In 1920, he became Dean of the Faculty of Social Studies.

In 1922, was arrested for a short period after his participation in the protests against the seizure of Church properties. In 1929, he was arrested again, in the frames of the affair of ‘the All-People union of struggle for the restoration of free Russia’ – a part of the ‘Tarle – Platonov Affair’. In 1930, he was sentenced to ten years of camps, later it was changed for five years. He was sent to the Solovetsky Special Camp, then to the exile to Novosibirsk. In 1935, he returned to Leningrad and started to teach at the University. In 1939, he defended his Doctor thesis ‘The History of Russian Chronicle Writing of the Eleventh – Fifteenth Centuries’. In 1939-1940, he was Head of the Chair of the History of the U.S.S.R., and Dean of the Historical Faculty of the Leningrad State University. He was rehabilitated in 1953.

The main sphere of his research interests was connected with the history of Russian Church and the source studies. In 1920-s, he studied the Laurentian Chronicle. He made a reconstruction of the source of the Laurentian Chronicle – the so called Chronicle of 1305. In 1936-1941, he prepared for the publication the eldest illuminated chronicle – Radziwiłł Chronicle. Only the sudden death of the scholar stopped the publication. In general, P. thoroughly checked hypothesis made by A. A. Shakhmatov. In his book ‘The History of Russian Chronicle Writing of the Eleventh – Fifteenth Centuries’ he presented Shkhmatov’s views on the early Russian chronicle writing, removing several contradictions and keeping his line of research. One of the most significant work by P. – the reconstruction of the lost parchment Troitskaya Chronicle; Shakhmatov had mentioned such possibility. He explained and developed the methods of Shakhmatov; and on that base P. built the Leningrad research school in the field of studying Old Russian chronicles. In the context of ecclesiastic history, he turned to the Russian-Byzantine relations; he summarized his conclusions on the topic in his last life-time article: ‘The Kievan State of the Second half of the Tenth Century, According Byzantine Sources’.