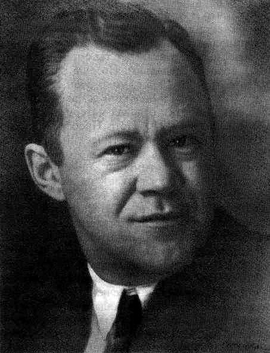 He was born in the family of a priest; he was a grandson of P. A. Preobrazhensky, translator of Early Christian texts, and Editor of the ‘Pravoslavnoe obozrenie’ (Orthodox Review) Magazine. In 1905, P. left his father; he learnt at the Moscow the Medvednikovs Gymnasium, and finished it with the golden medal in 1912. He enrolled to the Historical and Philological Faculty of the Moscow University; after its graduation in 1916, he stayed at the Chair of the World History to prepare for the Professor position under the supervision of Professor R. Yu. Wipper. In 1916-1919, he was Ass. Docent of the Historical and Philological Faculty of the Moscow University. In 1919, he became Professor of the University of Samara (opened a year earlier) at the Chair of the Western History. In 1921, he returned to the Moscow University as Professor of the Chair of the Faculty of Social Studies; in 1925, he transferred to the Ethnological Faculty, and after its closing – to the Chair of the History of the Ancient World of the Historical Faculty, where he worked till his arrest in 1937. At the same time, he was Professor of the University of Nizhny Novgorod (1921-1923), a member of the Russian Association of the Research Institutes of Social Studies (1922-1929), taught at some other high schools, worked at the Narkomat of Education, edited articles for the ‘Big Soviet Encyclopedia’ and books for the ‘Academia’ Publishing House. Since 1931, he was also Curator at the Central Museum of Ethnography.

In 1923, he was in a research trip in Germany; and in 1928, he was sent to Norway to the international congress of historians.

In January 1933, he was arrested with the accusation in the organizing of ‘an anti-Soviet group of researchers’; in April sentenced to three years of exile but conditionally. Later, in August 1933, he was sent to Poland to the next international congress of historians.

On April 14, 1937, he was arrested again and sentenced to eight years of camp. There he was sent under a new trial and sentenced to the death penalty for ‘anti-Soviet propaganda’. He was rehabilitated post mortem in 1956.

He was the author of two published books and more than 80 articles, including encyclopedic ones, and of numerous introductions to Russian translations of world literature – which were published by the famous ‘Academia’. All his works were important for religious studies, especially – his book on Tertullian; it was the first non-confessional research in Russia about a figure of patristic. The second book was a course of lectures in ethnography; it summarized his long ethnological studies, including those on the folk religion.