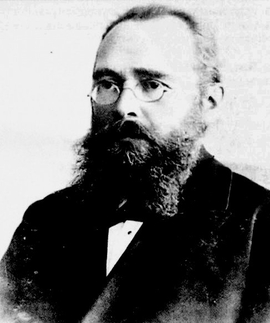 He studied at the Orlovsky Spiritual Seminary (1872), and at the Faculty of Oriental Languages of the St. Petersburg University. Since 1881, he was Professor of the St. Petersburg University; in1899-1903, he was the first Director of the Oriental Institute in Vladivostok; since 1903, he was a member of the Council at the Minister of People’s Education.

Having graduated from the Oriental Faculty of the St. Petersburg University, in 1876, he took part in his first expedition to Mongolia and China, in the course of which he collected Mongolian manuscripts and prints for the library of the Oriental Faculty, and also laid the foundation of his private collection of Buddhist art.

During his travels, P. made notes in his diaries; later, he used them in several books, including ‘Essays on the Life of Buddhist Monasteries and Buddhist Clergy in Mongolia, in the Context of Their Relation to the People’, which were awarded by the Russian Geographical Society. That work did not loose its value till nowadays, because it serves as a precious source of information: there is a detailed description of Buddhist sangha of the nineteenth century in the context of its social and economical links; he also made a serious input into the theory and methods of Mongolian studies – for instance, he declared that studying Buddhism would be the key to understanding the life of Mongols, and recommended such methods, as observations, interviews, collecting written sources and their analyzing.

In his book ‘Mongolia and Mongols’, P. laid the foundation for contemporary Mongolian studies. The book was based on the diaries of his second travel in 1892-1893 to the Southern and South-Eastern Mongolia. He planned that publication to be a fundamental illuminated encyclopedia in six volumes with rare and less known data on all the spheres of life of China and Mongolia, including ethnography, economics, religion (description of temples, sanctuaries, cemeteries, habits, legends and ceremonies). Only two volumes were published; there P. presented his data on Buddhism and its most important monasteries in Mongolia.

He also published his lectures on the history of Mongolian literature; there he wrote a special chapter on the Tibetan Buddhist canon – Kanguyr; one complete copy was acquired by him for the library of the Oriental Faculty in 1891.

The general volume of his research legacy on history, ethnography, Buddhism, Mongolian literature and so on, contained about 9000 pages, including 17 books.