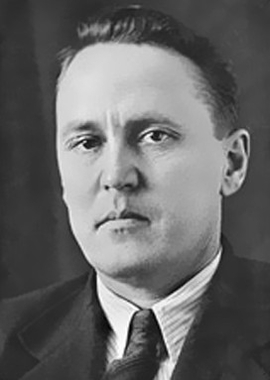 He graduated from the Ethnographical Department of the Geographical Faculty of the Leningrad State University (1928); he worked with the ethnographical group of the Altai Expedition of the Commission on Studying the Tribal Structure of the Population of the U.S.S.R. (1927); in 1928-1930, he worked in Uzbekistan. Since 1930, he was at the post-graduate courses of the Ac. of Sc. of the U.S.S.R. in ethnography.

In 1939, he defended his Candidate thesis ‘The Remains of the Primordial System of the Peoples of Altai’. Before the WWII, he became Head of the Department of Siberia, and of the ethnographical part of the State Museum of Ethnography of the peoples of the U.S.S.R. He was also Researcher at the Institute of the History of Material Culture of the Ac. of Sc. of the U.S.S.R. In 1942, he was evacuated to Novosibirsk, then he moved to Barnaul, where he taught at the Gorno-Altaisky Teachers-Training Institute.

In 1946, he defended his Doctor thesis ‘The Altai Peoples’. His work ‘Essays on the History of Altai People’ (Novosibirsk, 1948) was awarded with the Stalin Awarded (the State Award). In the late 1940-s – early 1960-s, he headed complex archeological and ethnographical expeditions to the Mountainous regions of Altai and Shoria, to Khakassia, and Tuva. He was the author of numerous works on the history and culture of peoples of Siberia.

He was disciple of V. G. Bogoraz and L. Ya. Sternberg; since his students years, he have been interested in various issues of Shamanism; he considered that Shamanism in South Siberia was shaped rather late. The results of his research in the field were gathered in his book ‘Altai Shamanism’ (1991). In 1993, P. got an award of the American Foundation for Shamanic Studies.