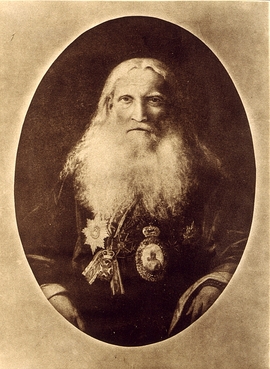 In 1831, he became Master in Theology, and teacher of Ecclesiastic Law at the Rishelievsky Lyceum in Odessa. In 1834, he became Head of the second-class Assumption Monastery in Odessa, and got the rank of archimandrite. In 1838-1840, he was Rector of the Kherson Spiritual Seminary. In 1840, he supervised the Embassy church in Wien. In 1842, he was sent to Jerusalem; next years he twice visited the Sinaic St Catherine Monastery. In 1847-1853, he was the first head of the Russian Ecclesiastic Mission in Jerusalem. During that period, he travelled in Levant (the Athos, Syria, Sinai, Egypt), where he made a vast collection of precious medieval manuscripts, as well as early medieval icons.

In 1865, he became Bishop of Chigirin, Vicar of the Metropolitan of Kiev. In 1878, he became a member of the Synod office in Moscow; since 1878, he was retired.