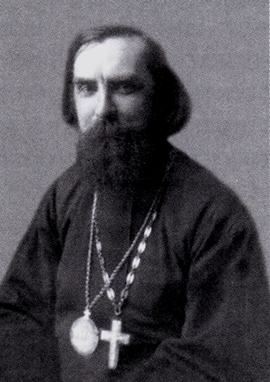 Platonov Nickolay (1889–1942) – priest, bishop of the Renovated Chruch (Obnovlentsy), journalist, curator at the Museum of the History of Religion of the Ac. of Sc. of the U.S.S.R.

In 1914, he graduated from the St. Petersburg Spiritual Academy, defended his Master thesis; since 1915, he taught at the St. Petersburg Spiritual Seminary; since 1924 – at the Leningrad High Theological Institute. Since 1922, he served as prior of the St Andrew Cathedral in Leningrad; in 1923-1924 – of the St Isaac Cathedral. In 1923, he joined the Renovated Movement (Obnovlentsy). In 1924, he was commissioner of the All-Russian Renovated Synod of the Leningrad Eparchy; later – a member of its Presidium.

On November 8, 1925, he was consecrated as Bishop of Gdov, of the Leningrad Eparchy. The same year he became a member of the Meeting of theologians of the Renovated Church and signed an address ‘To all representatives of theological discipline and spiritual enlightenment of Russian Orthodox Church’. In 1934, he became Archbishop of Leningrad, head of the Leningrad Metropolis, and Chairman of the Leningrad Regional Church governing office. He was arrested several times in 1918, 1919, 1922, 1937.

In 1938, he rejected from his ecclesiastic rank and denied the Church; he declared about it in media (‘Izvestiya’ Newspaper, ‘Bezbozhnik’ Magazine). For that act he was excluded from the list of archpriests of the Renovated Church.