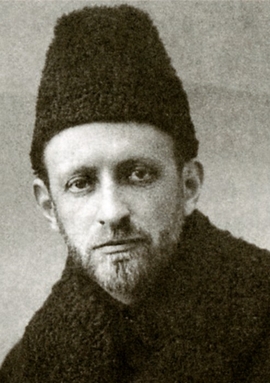 He was a son of E. J. Petri and a brother of B. E. Petri; he learnt at the K. May Gymnasium in St. Petersburg. In 1907-1912, he studied at the Historical and Philological Faculty of the St. Petersburg University; his supervisor was I. M. Grevs. After the graduation he was invited to the Chair of the World History to prepare himself for a position of Professor. In the spring of 1916, he passed through the Master’s exams.

In 1930, P. was fired out of the Leningrad State University and arrested in the frames of the ‘local historians affair’ (‘Academic affair’) and sent to exile to Arkhangelsk. He returned in 1933; after it he worked at the Museum of the History of Religion of the Ac. of Sc. In 1935, with the help of V. G. Bogoraz, he got his passport; in 1936, his conviction was formally closed.

In 1935-1939, beside the Museum of the History of Religion, he worked at the Russian National Library. At the Museum he was head of the Department ‘The History of Religion in the feudal Europe’. In the autumn of 1941, together with F. M. Krasnovetz, he prepared an exhibition on the military history of Russia in the colonnade of the Kazan’ Cathedral. He died at the Blockade of Leningrad in the winter of 1942.

His main research interests were connected with the medieval history of Italy.