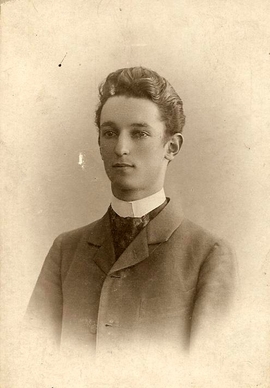 He was a descendant of Swedish Reformer Olaus (Olaf) Petri; he was born in Bern, in the family of Doctor of Medicine Eduard Julievich Petri (1854-1899), Ass. Docent in Geography and Anthropology of the University of Bern. Elder brother of G. E. Petri, historian-medievalist.

After the K. May Gymnasium in St. Peterburg, he enrolled to the Geographical Department of the Faculty of Natural Studies of the St. Petersburg University, and graduated from it in 1910. He was a disciple of V. V. Radlov. In 1910-1918, he worked at the Museum of Anthropology and Ethnography of the Ac. of Sc.: as a free-lancer< Junior Researcher, and Head of the Department of Australia and Oceania. In 1912, 1913, and 1916, she made expeditions to Transbaikalia. The Civil War caught him in Siberia. In 1918, he became Ass. Docent, later Professor and Head of the Chair of Archeology and Ethnography of the Irkutsk University (1920-1937). He became the founder of the Irkutsk archeological school. Correspondent Member of the State Academy of the History of material Culture of the U.S.S.R., Correspondent Member of the Royal Anthropological Society of Britain, Full Member of the American Anthropological Society.

In the course of his research, P. put a special attention to studying the religious beliefs. In the expeditions he collected materials on Shamanism, made personal acquaintance with several Shamans, visited their rites. He was especially interested in the process of becoming Shamans, on the level of their consecration. Materials collected before the revolution 1917 were completed with those found in the early 1920-s. He tried to analyze Shamanism from the point of view of psychology and physiology.

He was arrested in May 1937, ad shot in November 1937 with the accusation in participation in a German-Japanese espionage and Right-Trotzkiste organization. He was rehabilitated in 1959.