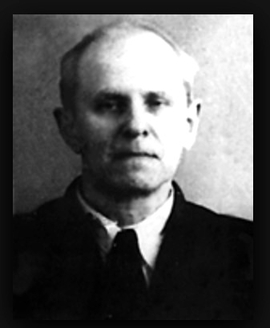 He graduated from the Physical and Mathematical Faculty of the Frunze Crimean State University in 1924, and entered the Faculty of Linguistic and Material Culture of the Leningrad State University; he graduated from it in 1927, and entered the post-graduate courses. In 1930, he defended his Candidate thesis in History on epigraphic of the Amarna period of Ancient Egypt.

Since 1927, he worked at the Museum of Paleography of the Ac. of Sc. of the U.S.S.R. (later ut was included into the Institute of the History of Book, Document and Writing), where he studies written monuments of the Ancient World and Early Medieval period from the collection of N. P. Likhachev. He prepared and published a guidebook on the collection ‘Writing of the Ancient World and Early Middle Ages’ (1936; P. was its curator).

During the WWII, he was evacuated to Tashkent; since 1943, he worked there at the Institute of Oriental Studies. In 1938-1949, he taught at the Leningrad State University; then he often changed his working places. Doctor in History (1969).

His research interests were mainly centered at the social and economical life of Egypt of the Old Kingdom, and at the history of the Amarna period of the New Kingdom (the reforms of Akhenaton/Amenhotep IV).