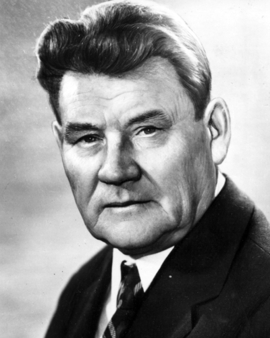 He enrolled at the Irkutsk Teachers-Training Institute in 1925. In 1926, he published his first research work ‘Neolithic Sites on Upper Lena’. In 1934, he entered the post-graduate courses of the State Academy of the History of Material Culture.

Candidate thesis ‘Neolithic Tombs in the Angara Valley’ (1938). Doctor thesis ‘Essays in the History of Yakutia from Paleolithic to the Including into the Russian State’ (1947).

Laureate of the Stalin Award for the finding of a Neanderthal site in the valley of Teshik-Tash in Middle Asia (1950); and the State Award of the U.S.S.R. for editing the publication of ‘The History of Siberia’ in 5 vol. (1973).

His main works were dedicated to the studies in the field of primordial culture, Paleolithic and Neolithic art, history of Siberia and Far East.