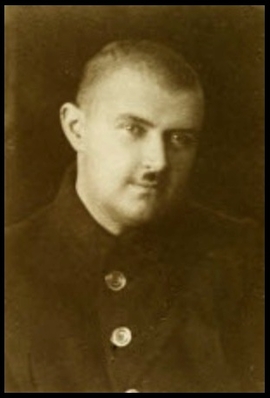 Obermiller Eugeny (1901–1935) – orientalist – specialist in Buddhism, Tibet, Sanskrit, Mongols, and in the field of complex research of culturally close peoples of India, Tibet, and Mongolia.

He graduated from the Ethnological and Linguistic Department of the Faculty of Social Studies of the Leningrad University (Far East Section); his supervisors were I. I. Tolstoy and Th. I. Stcherbatsky. In 1925, he worked at the ‘Bibliotheca Buddhica’ Magazine at the Ac. of Sc. In 1926-1931, he annually traveled to Buryat-Mongolian Autonomous Soviet Socialist republic, where he made his studies at one of the oldest Datsan of Buryatia – Atsagat Dazan. They said, he had an exclusive gift to languages and great diligence at work. In the course of his travels to Buryatia he worked with local educated Lamas on translation and studying Tibetan philosophical texts, took part in philosophical disputations.

His first research work was published in 1927, in the cycle of books of ‘Bibliotheca Buddhica’; it was Sanskrit-Tibetan Index Verborum to the compositions by Nyayabindu Dharmakirti and Nyayabindutlka Dharmottara. In 1929, he published Tibetan-Sanskrit Index Verborum to the same texts. In 1927, on the order by Th. I. Stcherbatsky, he started translation and commenting of ‘The History of Buddhism in Indian and Tibet’ written in 1322 by the famous Tibetan historian and author of codices Budon Rinchen Duba (1290-1364), and containing data on the origin of Buddhism in India, and its dissemination in Tibet, about the main philosophical schools and texts included into the Tibetan canons Kangyur and Tengyur. In 1928, he got a position of Research Secretary of the Mongolian Section at the Institute of Buddhist Culture. He studied literature on the base of Prajnaparamita, composed research comments to the ‘Abhisamayalamkara’ and Sanskrit-Tibetan and Tibetan-Sanskrit Indices to the ‘Abhisamayalamkara’, prepared for publication the second part of the Sanskrit text and the Tibetan translation of that composition. In January 1935, he got his Doctor degree in Philology.

He wrote about thirty works in history and philosophy of various Tibetan school and trends; O. made a kind synthesis of achievements of European philosophical thought and the spiritual legacy of Buddhism. Works by O, were numerously republished.