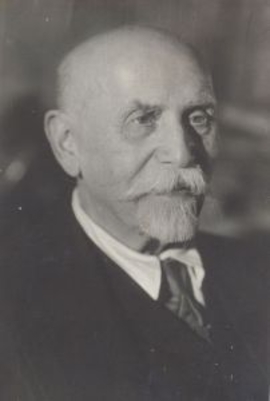 After classical gymnasium in Izyaslav, he enrolled at the St. Petersburg Historical and Philological Institute and graduated from it in 1883. In 1883-1884, he worked as teacher of classical languages at the male gymnasium in Taganrog.

In 1884-1886, he was sent for two years to Greece to prepare himself for a position of Professor; then he taught classical languages in St. Petersburg – at the private Widemann’s Gymnasium (1886-1888), and at the Historical and Philological Institute (1887-1888).

In 1912, he was elected as Honourary Member of the Moscow Society on Studying Ancient Monuments; in 1927, he worked in the Commission on the History of knowledge at the Ac. of Sc. of the U.S.S.R. He was member of several research societies. In 1919-1934, he also worked at the Lenin State Library. He got the Order of Stanislaw of the 1 degree, and the Order ‘Sign of Honour’

In the field of religious studies, N. was known as a specialist in periphery less-studied cults and religious phenomena. His interest to epigraphy allowed him to collect and studied a great number of sources on those cults.