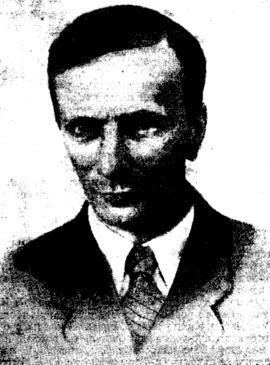 His first published works were started in the students years – on Zemskie Councils in Russia of the seventeenth century. But the main field of his research interests was the history of the Primordial society and the early forms of religion. His numerous articles and booklets were mainly popular interpretations such topics as anthropogenesis, the origin and the early forms of religion.

In 1926, he was sent to Europe to study contemporary literature on the early forms of religion. The same year, he published a long article in the ‘Antireligioznik’ Magazine on various theories of the origin of religion, where he put a special attention to the critics of the theory of Pra-Monotheism. In 1929, he made a report at the Communist Academy at the same topic. In the late-1920-s – early-1930-s, he edited and commented translations of works on the history of culture and primordial religion for such publishing houses as ‘Atheist’ and ‘Sotsecgiz’ (Social-Economical State PH); for instance: G. Cunow ‘Essays on the History of Primitive Culture’; L. Levy-Bruhl ‘The Supernatural and the Nature in the Primitive Culture’; E. Taylor ‘Primitive Culture’; G. Frazer ‘The Golden Bow’. In 1931, he edited the first volume of the collective publication ‘Religious Beliefs of the Peoples of the U.S.S.R.’.