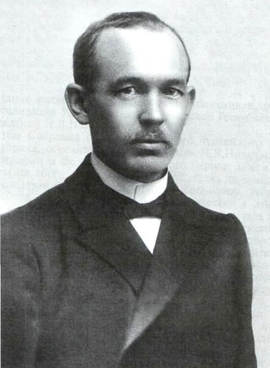 In 1899-1903, he studied at the Kazan’ Spiritual Seminary, that taught at the Kazan’ Aboriginal Spiritual Seminary. He was the first Chuvash, who got the research degree of mater: his Master thesis was ‘Christianity among the Chuvash People of the Middle Volga Region in the Sixteenth – Seventeenth Centuries: Historical Survey’ (1913). In 1915-1917, he was Ass. Docent of the Kazan’ University (course: History of Christian Enlightening of the Aborigines of the Volga Region). In 1917, in Kazan’, he organized the Society of Small Peoples of the Volga Region, and the first newspaper in Chuvash language – ‘Hypar’. (he was the Chief Editor of its first 22 issues). He was known as musician and healer. Professor of the Kazan’ University (1918-1922); Professor of the Eastern Teachers-Training Institute (1922-1931).

He made a great input into studying various issues of the history, ethnography, linguistic and folk studies of the peoples of the Volga Region.

In 1931, he was arrested but soon got freedom; in 1933, he was arrested again and stayed under the arrest for a half of the year. In 1931-1947, he failed to find a regular job, worked as a free-lancer for various institutions. In 1947, he defended his Doctor thesis. In 1948-1950, he was Professor of the Mari Teachers-Training Institute.