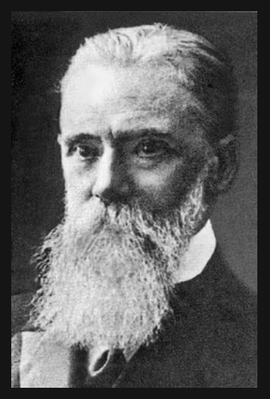 Nickolsky Mikhail (1848–1917) – orientalist (specialist in Assyriology and Semitology), the founder of Russian Assyriology.

He graduated from the Moscow Spiritual Academy, where he learnt Hebrew and classical languages; he learnt Assyriology by himself, later learnt Phoenician, Aramaic, and Arabic languages – also by himself. He worked, at first, as corrector; later – as teacher of Greek in gymnasia of Moscow. His first publications appeared in late 1870-s, in popular magazines (‘Russkyi vestnik’, ‘Zagranuchyi vestnik’), and in ‘Pravoslavnoe obozrenie’. In 1880, in the course of studying a cuneiform tablets collection, he found the most ancient proto-Sumerian pictograms and demonstrated the evolution cuneiform writing from pictorial signs. At the same time, he offered a method of detection of fakes in Assyriology. In the early 1880-s, he taught Assyriology and Semitology at the Moscow University. In 1887, he founded the Oriental Commissio at the Imperial Moscow Archeological Society. Since 1889, he edited ‘Oriental Antiquities’ (Drevnosti vostochnye) – a serial publication of that Society.

In 1893, together with A. A. Ivanovsky, he headed an archeological expedition to the Trascaucasia, where copied many inscriptions in Urartian language; as a result, he published a corpus of Urartian inscriptions and was awarded with the golden medal of the Russian Archeological Society. Since 1894, he served at the Ministry of Foreign Affairs, and at the Moscow Censorship Committee, became Active State Councilor (1903). In 1900-1908, he lived in St. Petersburg, published a collection of Sumerian household texts belonged to N. P. Likachev (about 900 tablets). In 1908, he became Doctor honoris causa (in the World History) at the St. Petersburg University. In 1908 and 1915, he published two volumes of Sumerian texts with transliterations and comments. He also published Syrian Gospel manuscripts and inscriptions from Palmyra. During the WWI, he tried to organize an international commission for the sake of saving and studying the antiquities of Mesopotamia and Palestine.

There are two important works by N. in the field of Byblical studies. In a review on the book by F. Delitzsch ‘Wo lag das Paradies?’ (Where is the Paradise?) he supposed that it would be possible to trace back several steps of the evolution of the Biblical motive of Paradise. The first step was a pre-historical myth, i.e. Sumerian ideas of the early third millennium BCE on Dilmun (they had lived there even earlier – in the late fourth millennium BCE). The second step was connected with staying of Jews in Babylon in the sixth century BCE, when they acquainted the Babylonian tradition directly and through Aramaic mediation. The third step was in the period of complete acceptance and shaping of all the corpus of motives in the Book of Genesis (obviously, the late sixth – fifth centuries BCE). The author of the legend of the Paradise (so called Jahwist) compiled all motives which were available for him; but, moreover, he was theologian and had a task to create a picture of the initial being of humans. Later, the hypothesis by N. was supported in Biblical studies of the twentieth century.

His second important publication in the field of Biblical studies was the article ‘Jakhîn and Bóaz’, where N. interpreted a famous description of two copper, brass or bronze pillars of the porch of Solomon’s temple, between which anyone passed into (1 Kings 7:21). He read the names of those pillars as a Phoenician inscription and translated it as ‘Let Baal be the Force!’. On N.’s opinion, the Phoenician copper, brass or bronze pillars were symbols of the ‘passing though the fire’ and signed the place of sacrifices for Baal.

In the field of Assyriology, he made an educative publication of the Sumerian-Akkadian spell for the fire god Gerra, compared with data of all Semitic languages and parallels from cuneiform texts. He argued that Sumerian took for existing only those things which possessed names; and he made an important conclusion on the connection between the namegiving and the creation in the Sumerian-Akkadian culture. He also found that images of a god and a goddess on

the stamps with scenes of sacrifices depicted Adad and Shala; at that, there were not gods themselves but their statues on the stamps. In the publications of Sumerian household documents there are precious comments by N. to the lists of sacrifices; particularly, he was one of the first who proved that tsars of the Third dynasty of Ur had been similized to gods not only in ideological, but also in economical way – they had received the same sacrifices, as other Sumerian gods.