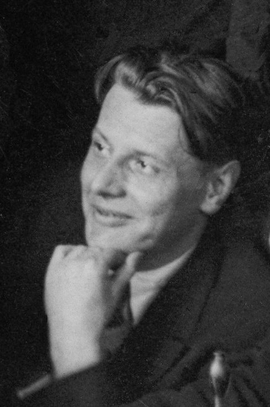 Monseler Georgy (1900–1959) – orientalist, translator from Japanese and Chinese. In 1936, Head of the Dep. of Non-Christian Religions at the Museum of the History of Religion of the Ac. of Sc. of the U.S.S.R.

He learnt at Peterschule in Leningrad. In 1918, he enrolled to the Japanese-Chinese Department of the Oriental Faculty of the Petrograd University, where he studied with breaks till 1923. In 1920-1921, in parallel with his studies, M. trained in Chinese language at the Leningrad Institute of Living Oriental Languages (passed two years there). In1923, he became Head of the Department of the Far East at the Museum of Anthropology and Ethnography of the Ac. of Sc. In 1926, he was sent to China (Bejing), where he collected exhibits, taught at the Bejing University. There he met Academician V. M. Alekseev, and they started working together. Till 1928, he worked at the personnel of the Consulate General of the U.S.S.R. in Hankou; he was sent from it to the U.S.S.R. with other diplomats in 1928. Having returned to Leningrad, he worked at the Museum of Anthropology and Ethnography. In 1931, fearing arrest, he moved to the North. He returned to Leningrad in 1933 and started to work at the Museum of the History of Religion of the Ac. of Sc. of the U.S.S.R. In the early 1950-s, he attributed many Chinese folk prints gifted to the Museum by Academician V. M. Alekseev. He participated in forming the Department of Religions of the East. He also worked with other academic institutions in parallel with the Museum, translated Chinese poetry and worked with subscripts.