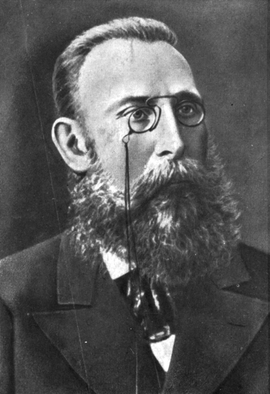 He graduated from the Chinese-Manchu Dep. of the Oriental Faculty of the St. Petersburg University. He worked at the British Museum and at the Paris Library compiling the catalogue of Pali manuscripts. In 1869, he became Ass. Docent of the Historical and Philological Faculty of the St. Petersburg University. In 1871, he was a member of the Russian Geographical Society. In 1872, he defended his Doctor thesis. Since 1873, he was Professor of the Chair of Comparative Linguistic. Since 1883, he also taught at the Oriental Faculty. In 1874-75, 1880 and 1885-86, he made three travels and visited India, Ceylon, Burma, and Nepal, where he collected local folklore.

His main works were about Buddhism and Pali philology. He also translated Buddhist literature. He was the founder of the Buddhist studies in Russia.