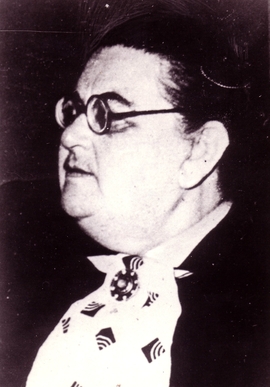 In 1910, she graduated from the Bestuzhev High Female Courses; in 1911 – from the Oriental Faculty of the St. Petersburg University. She got married a Russian ethnographer of German origin A. M. Meerwarth (Mervart). In 1914, she started to work at the Museum Anthropology and Ethnography named after Peter the Great. In 1914-1918, she took part in the expedition of the Ac. of Sc. to India and Ceylon for collecting exhibits for the Museum Anthropology and Ethnography. In 1918, she returned to Russia (to the Far East) with her husband, but till 1924, they were not able to reach Petrograd because of the Civil War. She returned to her work in the Museum; in 1927, she trained her Malayan language in France and the Netherlands. In October 1930, M. and her husband were arrested in the frames of the so called ‘Academic Affair’. In 1932 Aleksander Meerwarth died in the camp; M. was released in 1935.

In May 1936, she got the Candidate degree in Social Studies and in Philology for he work, in general, without a defense. Since 1944, she has lived and worked in Moscow (mainly at the Institute of Military Interpreters and at the Institute of Oriental Studies), where he built a school of Malayan researchers. She wrote several manuals in Malayan/Indonesian language and literature. Last years of her life, M. was occupied mainly with translations. She was Honourary Member of the International Institute of Anthropology (France), Correspondent Member of the Royal Institute of Linguistic, Country Geography and Ethnography (the Netherlands).