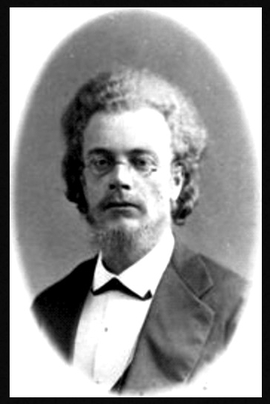 As early as in his gymnasium years, M. was interested in the problem of social position of minor religious groups, and their place in the history of Russia. In 1899-1904, he studied at the Historical and Philological Faculty of the Moscow University, where he was supervised by leading Professors-historians: V. I. Gerie, and V. O. Kliuchevsky. He actively participated in the work of the students’ society under the leadership of Professor Prince S. N. Trubetskoy. There M. made a repost ‘On the Significance of the Dissent and Sectarianism in the Russian Life’, where he argued for the progressive role of those religious Phenomena for the development of Russia. Later, that repost served as a foundation of his Candidate thesis ‘Religious-Mystical Movements in the Seventeenth – Eighteenth Centuries’.

After graduating, he taught history in private gymnasium of Moscow. In 1900-1916, as an independent writer and journalist, he worked for the historical department of the liberal newspaper ‘Russkie vedomosti’, where he recommended himself as a brave critic of the state-and-church relations, persistent champion of the principles of the freedom of conscience and of the separation of the Church from the State. In 1905, he met L. N. Tolstoy. In 1905-1906, M. published articles in ‘Russkie vedomosti’, later included into his famous booklet ‘The Old Believers and the Freedom of Conscience’; there he interpreted the Old Believers as the opposition to the autocracy and Orthodoxy, and formulated his views at the interrelations of the State and the Church.

Since 1906, he worked for the newspaper ‘Narodnoe delo’ which argued for the constitutional system and for the parliament; there he published his articles ‘The Church and the State’ and ‘The New Law on the Religious Tolerance’. In 1906, he entered the party of Constitutional Democrats (CD) and was actively involved into the elections to the II State Duma; one of the central points of his program was the freedom of conscience in Russia. The analysis of the existing situation, shaped after the Order of Religious Tolerance from April 17. 1905, was made by M. in his work ‘The Church and the State in Russia (on the Issue of the Freedom of Conscience)’. In 1906, he moved to the party of People’s Socialists. In 1911, he founded the publishing house ‘Zadruga’, where he published many of his own works.

In March 1917, the Temporary Government appointed him the Executive Representative officer on getting and classifying the archives of the Ministry of Domestic Affairs, Moscow Ecclesiastic Consistory, and Missionary Council.

In the spring 1918, he headed the Moscow Branch of the ‘Union for the Resurrection of Russia’, was arrested; in 1920, he was sentenced to death in the frames of the affair of ‘Tactic Centre’; but later that measure was changed for ten years of imprisoning. On the request of V. Figner and P. Kropotkin, he was released; in 1922, he was arrested again and sent out of Russia.

In emigration he kept writing works on the history of Russia.