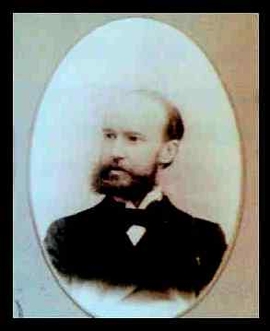 In 1887, he graduated from the St. Petersburg University, where he studied at the Arabic-Persian-Turkish-Tartar Dep. of the Faculty of Oriental Languages; he got the golden medal for his paper in Arabic literature. In 1889, he got his Master degree; in 1890, he became Ass. Docent; in 1902, he got the Doctor degree and a position of Ass. Professor, later – Full Professor; and in 1925 he became Professor Emeritus.

For 30 years, M. has taught at the Faculty of Oriental Languages of the St. Petersburg University, at the same time working for the Orthodox Palestinian Society; he made lectures on Arabic language and literature. In 1910-1917, he was Academic Secretary of the Faculty of Oriental Languages. In 1906-1910, he was a member of the State Experimental Commission for Oriental languages.

One of his most famous works was a four-volumed collection of materials on Palestine from its conquest by Arabs till the Crusades, based on Arabic sources. It was a detailed study of medieval compositions written by Moslem historians and geographers, and biographical and bibliographical data. He also wrote a number of articles and manuals on Arabic language for various educative institutions in Palestine.