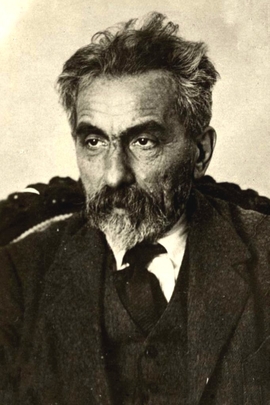 His father was Scotsman James (or Jacob) Marr (Murray? McNamarra?), mother – Georgian Agathia Magularia. He learnt at the Kutaisi gymnasium and entered the St. Petersburg University; there he visited classes at all departments of the Oriental Faculty. He graduated from the University in 1888.

In 1902, he became Professor; in 1911, he was elected for Dean of the Oriental Faculty of the St. Petersburg University; since 1909 – Adjunct at the Historical and Philological Dep. (literature and history of Asian peoples) of the Ac. of Sc. On July 1, 1912, he was elected for Academician. In 1914, he became Actual State Councilor. He organized archeological expeditions to the Caucasus, in Georgia and Armenia.

In June 1919, on his initiative, the Caucasus Historical-Archeological Institute was founded. Since 1924, he was Director of the Publis Livrary in Leningrad. In 1930, he became a member of the VCP(b), being the only Academican elected before the Revolution 1917, who made such act. Vice President of the Ac. of Sc. since 1930. Director of the Institute of Language and Thought, Institute for Studying the Peoples of the U.S.S.R., Institute of the Peoples of the Soviet East.

The main works by M. were centered at the studying Old Armenian, Georgian, and other Caucasian languages. In 1920-s, he worked out the so called ‘New Doctrine of Language’ (Japhetic theory); later it was rejected as pseudo-theory, but it was accepted in the U.S.S.R. till 1950.