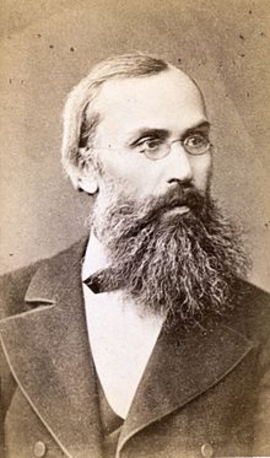 In 1855, he made his first ethnographical travel through the Central Russia.

Later, he traveled to various regions of the country on the order of the Navy Ministry and compiled reports, wrote articles and fiction stories, which were published in numerous magazines: ‘Morskoy sbornik’ (Navy Collection), ‘Biblioteka dlya chteniya’ (Library for reading), ‘Syn Otechestva’ (Son of the Motherland), ‘Otechestvennye zapiski’ (Native Notes); later they were gathered in several books.

Among his works, there are especially important ones: on exile and hard labours at (‘Siberia and Katorga’, parts 1-3, St. Petersburg, 1871); on small peoples of the Far East (‘At the East’, St. Petersburg, 1864); on Russian religious beliefs and customs (‘Devilry, Unknown and Cross Power’, St. Petersburg, 1903); on the old Believers, and Russian Sectarianism (‘Stories from the History of Old Believers’, St. Petersburg, 1861); and stories on various sects and religious folk groups published in 1862‒1863 in magazines: “The Irgyz Hermits’, ‘Lenkoran’, ‘The Sect of Common’, ‘Molokans’, ‘Dukhobors’, ‘Pryguns’, ‘Skoptsy’, ‘Khlysts’, ‘Subbotniks’, ‘The Divine Providence’.

In 1900, he was elected for Honourary Academician of the Ac. of Sc.

He died on June 3, 1901; and buried at the Literatorskie Mostri of the Volkov Cemetery in St. Petersburg.