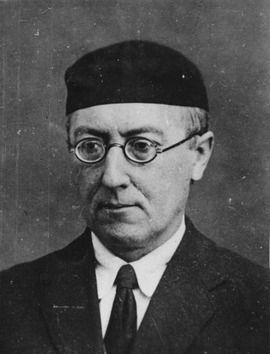 In 1911, after finishing a classical gymnasium in Novocherkassk with a golden medal, he enrolled to two departments of the Moscow University: Philosophy and Classical Philology (his Diploma composition was ‘The Worldview of Aeschylus’). In 1915, graduating from the University, he stayed there to prepare for the Professor degree. In 1914, he traveled to Berlin for educative purposes, but he had to return soon because of the war outbreak.

Since 1911, he visited the Religious and philosophical Society of Vladimir Soloviev; whe the society was closed, he went to the Free Academy of Spiritual Culture, founded by N. A. Berdyaev and closed in 1922. He was close to the Imiaslavie (Onomatodoxy).

He served in the church of the Exaltation of the Holy Cross at Vosdvizhenka as reader, bell-ringer, singer and regent. In 1929, together with his wife Valentina Mikhailoivna Sokolova, they secretly took monastic vows.

In 1930, L. and his wife were arrested in the frames of the ‘Affair of Ecclesiastic-Christian Monarchic Organization ‘True Orthodox Church’. He was sentenced to ten years, worked as a prisoner at the construction of the Belomoro-Baltic Channel (concentration camps of Kem’, Svir’story, Medvezhiya Gora). In 1933, when the channel has been built, he got freedom ahead of time because of his invalid state and ‘for his ‘good work’, and returned to Moscow.

In 1938-1941, he made lectures in the history of classical literature at the teachers-training institutes of Kuibyshev, Cheboksary, Poltava, and translated classical and renaissance authors. In 1942-1944, he taught logics at the Philosophical Faculty of the Moscow State University, was Professor of the Chair of the History of Philosophy. Doctor in Philosophy (1943). He was fired out with the accusation in Idealism.