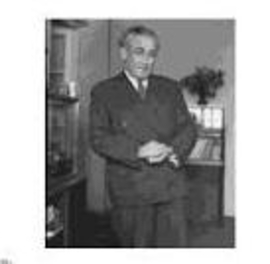 In 1926, he finished a classical gymnasium in Warsaw; then he studied at the courses for teachers the primary schools during a year. After two years work in a Hebrew school, he enrolled to the Physical and Mathematical Faculty of the University of Warsaw (1929); after a year he transferred ate the Historical and Philosophical Faculty. Since the age of 17 he took part in political activity on the left wing. In 1925, he became a member of the Communist Union of Polish Youth; in 1929, he became a member of the Polish Communist Party. Active underground activity led him to the arrest in 1930. He was released on bail, but with the support of the Central Committee of the Polish Communist Party he ran away to Danzig, and in 1932 – to the U.S.S.R. He became Soviet citizen and worked for the Polish Communist newspaper ‘Tribuna Radziecka’ published in Moscow, but soon was mobilized to the Red Army. Three years of military service (1933-1936) saved him form the destiny of the members of the Polish Section of the III International – they were repressed, and the newspaper was liquidated. In 1936, L. started to work at the Moscow bicycle factory and enrolled to the Moscow Lenin State Teachers-Training Institute (on correspondence); he graduated from the institute in 1939. Then he entered the post-graduate courses at the Chair of the Ancient History, and in 1940 started to taught Latin.

In 1941, he went to the WWII and served as Instructor of Political Department and interpreter till the end of the war; he was wounded. In 1942, at the front, he entered the Communist Bolshevik Party, was awarded with medals. After the demobilization in 1945, he was not able to return to the post-graduate courses of the Moscow State Teachers-Training Institute, but he got a position of Chief Editor at the newly restored magazine ‘Vestnik drevnei istorii’ (Herald of the Ancient History). After it he entered the post-graduate courses of the Institute of History of the Ac. of Sc. of the U.S.S.R., where his supervisor was A. B. Ranovich. Since 1946, he started to publish his research articles, reviews, references on literature in ‘Vestnik drevnei istorii’ Magazine. In 1948, he defende his Candidate thesis on the bread trade in Delos. Later, his research interests were centered at the problems of slavery in the classical epoch, including Mycenae and Homeric period. He also participated in the publication of the multivolumed ‘World History’.

In the field of religious history L. wrote two books on the Early Christianity. His work ‘The Origin of Christianity’ was a critical description of the subject from Marxist positions. The second book (‘Comparing the Gospels’) was an introduction into the synoptic problem for Soviet readers; it was the first attempt to present the method of ‘criticism of the form’ in the Soviet literature.