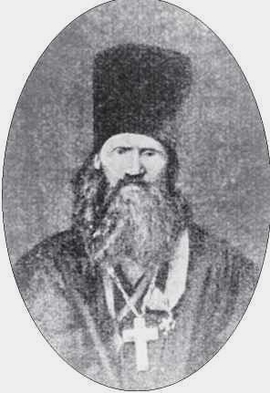 He was a disciple of Archimandrite Macarius (Glukharev). In 1836, at the age of 20, L. came to Altai; eight years he spent under the spiritual guidance of Arch. Macarius. He headed the Altai Ecclesiastic Mission from 1845 till 1866. During that period, about 30 settled villages of Christened Altai people were organized: Low Karaguzh, Upper Karaguzh, Chemal, Ilyinskoe, and others. His wife provided him a sincere support: she knew Altai language and taught newly Christened people to read and write, to understand the basics of faith, some elements of settled household, took care about ill persons. Under the supervision of L., seven missionary primary schools were opened. In 1875, he retired because of the illness.