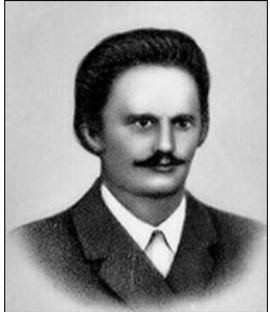 In 1886, he graduated from the Moscow University; in 1891 – the St. Petersburg Spiritual Academy. In 1901, he defended his Candidate thesis ‘Christianity as an Ideal of Human Private Life at the First Steps of His Development’ at the St. Petersburg Spiritual Academy; in 1911 – his Master thesis ‘On the Issue of the Free Will: Law on the Old Believers Communities in the Context of the Church and State Relations’ at the Kazan’ Spiritual Academy. In 1905, he entered the Special Pre-Council Group; in 1917-1918 – member of the Holy Council of Russian Orthodox Church.

He started his professional carrier as Ass. Attorney, later he taught at the Chair of Canonic Law at the Moscow Spiritual Academy; he combined his social, teaching, and legal activity. He argued for the liberation of Orthodox Church from the state cares, for more active participation of laic people in ecclesiastic affairs. After the Revolution 1917, he defended interests of Church, clergy and laic people as lawyer; for instance, in 1922, he was invited as an expert at the case of Moscow priests who refused to give the authorities church property. In spite of his loyalty to the Soviet power and his open position for the sake of compromise between Church and State, he was arrested: for the first time in 1919, for the second time in February 1930 – then he was sent to exile to Kyzylorda – he, obviously, died there.

He was the author of numerous research and publicist works on the Chruch and State relations in Russia; particularly, he was interested in foreign confessions in Russia and their legal position, issues of the freedom of will and freedom of conscience in Russia, the approach of state to the ecclesiastic property, etc.