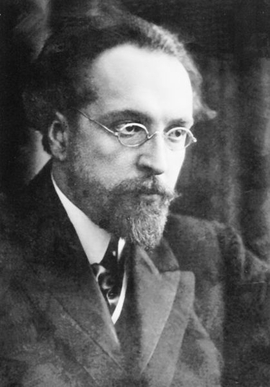 In 1903, he graduated from the Moscow University with the diploma of the I degree, but his position there was not confirmed by the Inspector of the Educational District who suspected K. in revolutionary activity. So, he started to work as teacher at the Maximovich Female Teachers-Training Seminary in Tver’. In 1905-1906, she passed his training period in Berlin – at the Berlin University and at the Museum of Ethnology. In 1906, he returned to Russia and was elected for Chairman of the Council of Tver’ private real school. Since 1907, he was lecturer and Chairman of the newly founded Open People’s University in Tver’; in 1908-1918, he was Professor of the World History at the Tikhomirov High Female Teachers-Training Courses, gymnasium lecturer and teacher in Moscow; he also made lectures at the Moscow Society of people’s Universities. In 1911-1912, he led excursions for Russian teachers in Rome. Since 1915, he became Professor at the Chair of the History of religions of the Shanyavsky Moscow City University; since 1916 – Professor of the City People’s University in Nizhny Novgorod. In 1918-1925, he taught at the First Moscow Teachers-Training Institute, and at some other institutions.

From 1920 till the end of his life, K. was Professor of the Moscow State University, of the Historical (Social-Pedagogical) Department of the Faculty of Social Studies; since 1933 – Moscow Institute of Philosophy, Literature and History.

He was the author of numerous manuals and reading books on the history of the Ancient World, archeological guidebooks, a number of research works on the world culture. In the history of Russian studies, as well as in the history of literature, he went with the book ‘What Did Greeks and Romans Tell about Their Gods and Heros?’ (1st publ. 1914; later – 1922, 1937, 1940; after his death – under another title and without his name). In 1937, the book got the official subtitle of Narkompros of the R.S.F.S.R. (for general school education).

In his last years, K. studied some issues of religious syncretism in the Roman Empire.