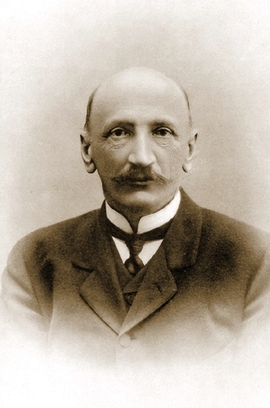 He was born in a big family of a priest, learnt at a gymnasium in Vilno; in 1871-1874 – at the Lyceum of Tsarevich Nickolay of the Moscow University (in 1874, he was awarded with a silver medal for his composition on the myths about Orestes). In 1876, he graduated from the Historical and Philological Faculty of the Moscow University; till 1878 he worked at the Lyceum of Tsarevich Nickolay. In 1878-1880, he was sent by the University to an educative travel to Europe; he visited the Universities of Bonn, Tubingen, and Berlin. Since 1880, he was Ass. Docent of the Moscow University; since 1884 – Ass. Professor; since 1888 – Full Professor, later – Honourary Professor. In 1882, he defended his Master thesis in History ‘Collegium in Ancient Rome: An Attempt of Analysis of the History of Roman Institutions’ (publ.: Kiev, 1882) at the Moscow University. In 188, he defended his Doctor thesis ‘On the Issue of the Origin of Rome’ (publ.: Kiev, 1888) at the St. Petersburg University.

Active State Councillor (1902). Correspondent Member of the Imperial Ac. of Sc. (1906). He got many orders of Russian Empire, he was an active participant of monarchist movements; since 1906 – member of the Russian Union, since 1909 – member of the council of the Kievan Club of Russian nationalists. Chairman of the Historical Society of Nestor the Chronicler at the St Vladimir Kievan University (1905, then from 1908 till his death), Deputy Chairman of the Kievan Society of Dissemination of Literacy and Enlightenment (since 1908). He regularly took part in the work of archeological and historical congresses, boards of trustees of various museums.

In his professional career, K. started with studies in the most ancient epoch of Roman Republic and later went to studying archeological monuments of the Black Sea north coast, and through them he went to the history of Byzantium (there are three published volumes of his ‘History of Byzantium’, a manuscript of the fourth volume is considered lost). Bibliography of his published works, including books, articles in magazines, obituaries, reviews and newspaper articles on the matter of education, consists of several hundreds of titles.

In the field of religious studies K. is mainly known thank to his Byzantine research: he gave a broad picture of Byzantine civilization and culture, wrote many essays on certain aspects of its ecclesiastical history. He also made works on classical mythology (‘Death and Immortality in the Conceptions of Ancient Greeks’ Kiev, 1899), classical philosophy (‘On the Issue of Pythagoreanism of Numa’ // Filologicheskoe obozrenie. 1896, vol. 10; ‘Philosopher Epicurus and His Newly Found Sentences’ // Universitetskie izvestiya. 1889, No 4), on the history of Christian antiquities of the Blacj Se coast (‘Antiquities of South Russia: Christian Catacomb of Kerch, 491’. St. Petersburg, 1891; ‘Kerch and Its Christian Monuments’ // Orthodox Theological Encyclopedia, St. Petersburg, 1908, vol. 9), and the history of dissemination of Christianity among non-Greek population of that region (‘Christianity at Alans’ // Vizantiiskyi vremennik. 1898, vol. 5, book 1)/