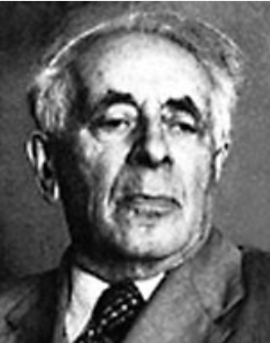 The main works were about the Bible, Judaism, and Early Christianity, and on the history of studying those topics, mainly in the seventeenth – nineteenth centuries. He interpreted religion and its social role as a tool of fixing social injustice and a method of fighting against science and enlightenment. His views at the history of Christianity reflected the ideas of the so called ‘mythological school’ in the form dominating in the epoch, whet the basic conceptions of K. had been shaped. His historiography works about the research of the seventeenth – nineteenth centuries could be still useful. His book ‘The History of Religions’ (in 2 vol., 1975-1976; 2nd publ. 1988) was the only general publication on the world history of religions in the Soviet period. The first variant was criticized fro ‘objectivism’ and not enough criticism.

In 1976, he participated as a representative of the Institute of Ethnography of the Ac. of Sc. of the U.S.S.R., at the closed conference on the strengthening of struggle against Zionism; K. criticized the low level of Soviet publications in that field and a tendency to transform Anti-Zionist discourse into Anti-Semitic one. He was a convinced Atheist, and numerously wrote in media against any attempts to ‘flirt with religion’ – for instance, he was against the celebration of the 1000th anniversary of Christening Rus’.