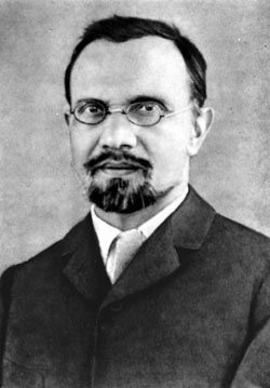 In Moscow Arabic studies of the early twentieth century K. played the same role, as V. V. Rosen a quarter of century before in St. Petersburg.

He graduated from the Special Classes of the Lazarev Institute of Oriental Languages (1889-1892), and the Slavic-Russian Department of the Historical and Philological Faculty of the Moscow University (1892-1896). After it, he was sent to Syria for two years (1896-1898); he returned with rich material in Arabic folklore, which laid in the foundation of his further lectures at the Lazarev Institute. In Syria K. developed his knowledge in speaking Arabic and Arabic dialects, he wrote articles for Arabic research magazines. Returning to Moscow, he has worked as Professor at the Chair of Literature and History of Moslems of the Lazarev Institute for twenty years. He made lectures on Arabic language, Arabic and Persian literature.

He composed many manuals in Arabic disciplines, as well as research works on the history of Islam and Moslem countries, and the history of Arabic literature. He was Secretary of the Oriental Commission of the Moscow Archeological Society, and editor of its publications ‘Oriental Antiquities’. He knew several dozens languages. He wrote stories, translated poems and prosaic texts into Russian and Ukrainian. Since 1893, he was Head of the Department of Near East at the Encyclopedia of Brockhaus and Ephron, and that of Granat.

Since 1918, he taught at the Kievan University, was there Head of the Chair. Academician of the Ukrainian Ac. of Sc. (1918). Later, he was accused in bourgeois nationalism. In 1941, he was arrested and sent to exile to Kazakhstan, where he died in 1942.

Among his disciples were: specialist in Turkish studies V. A. Gordlevsky, specialists in Iranian studies V. F. Minorsky, B. V. Miller, and A. A. Semenov.