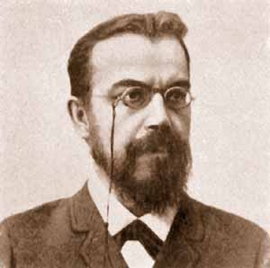 He graduated from the Historical and Philological Faculty of the Moscow University; where his supervisor was V. I. Gerie. Professor of the Moscow University (since 1892); specialist in the Italian Renaissance. In 1892, he defended his Master thesis ‘The Early Italian Humanism and Its Historiography’ (publ. in 1914), but got the Doctor degree for it at once. In that work he introduced a large amount of new sources; he studied the humanistic character of the Renaissance. He argued that the Humanism was not a byproduct of a ‘restoration’ of classical culture, but he did not connect it with social-economical changes in the society – he interpreted it as an ideological movement only.

He stressed the importance of popularization of knowledge. In 1889-1890 and in 1891-1892, he participated in public lecture courses: ‘The Most Important Moments in the History of Medieval Papacy” and ‘The Cultural Crisis in the Roman Empire’; he made lectures for various schools – for instance, ‘Egyptian Gods and Their Temples’ and ‘The Milan Cathedral and Its Builders’.