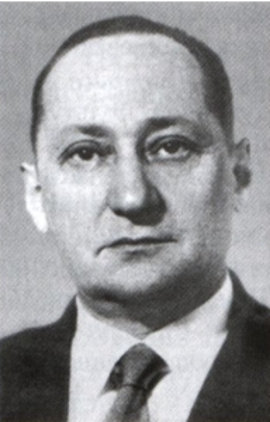 In 1932, he graduated from the Cycle of the History of Religion, at the Faculty of Social Studies of the Leningrad State University. After it, he became Researcher of the Leningrad Antireligious Museum (in the space of the St Isaak Cathedral). He was Head of the Department of Propaganda of the Leningrad Branch of the League of Militant Atheists, Chief Editor and Leningrad Representative of the State Antireligious Publisjing House (1932-1934). He also taught at the Krupskaya Communist Political-Enlightening Institute (1934-1935).

In 1935, he defended his Candidate thesis in History ‘The Mennonites Colonization in the South of Russia in the Eighteenth – Nineteenth Centuries’ at the Ac. of Sc.

In 1936, K. was arrested in the frames of the case of his supervisor, Director of the Institute of Anthropology and Ethnography of the Ac. of Sc. of the U.S.S.R. N. M. Matorin; he was sentenced to five years of camps ‘for his counter-revolutionary Trotzkist activity’; he went on freedom in 1942. In 1942-1945, he was Docent of the Krasnoyarsk Teachers-Training Institute (since 1943 – Head of the Chair of the History of the U.S.S.R.). In 1946, he moved to Moscow.

Laureate of the Award of Acad. B. D. Grekov for the book ‘Popular Social Utopia in Russia’ (1980). Laureate of the State Award of the U.S.S.R. for the cycle of works on the history of religion and Russian freethinking of the fourteenth – nineteenth centuries published in 1960-1978 (1983).

He found and published new manuscript sources: ‘Writing about Grammar’ (15th – 17th cent.), glosses on the margins of manuscripts from the library of Ivan Chorny (15th cent.), compositions of spiritual Christians Molokans; he proved the authorship of some texts by Ermolay-Erasmus, Maxim the Greek, Zinovius of Oten, and Andrew Kurbsky. He considered that Rusiian heresies were connected with anti-ecclesiastic moods in the milieu of laic people and low clergy; he made accent at the similarity of Russian heresies and the Reformation movements in Western Europe.