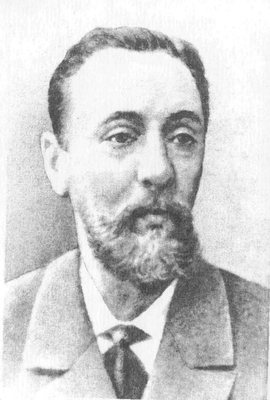 He fifnished the Fifth Moscow Gymnasium and enrolled at the Historical and Philological Faculty of the Moscow University; he graduated from it in 1865, and became a teacher of that gymnasium, where he learnt. Then, in 1871, he went to Germany, where he defended his Master thesis in Literature ‘An Attempt of Comparative Studying Western and Russian Epics: Poems of the Lombardian Cycle’ (publ. in Moscow, 1873).

Since 1889, he was Curator of the Department if Pre-historic and Christian Antiquities of the Rumiantsev Museum; in 1902, he got a position of Librarian at the same museum.

In 1894, K. was elected for Correspondent Member of the Ac. of Sc. He was awarded with orders of St Stanislaw of the III and II level, memorial medals, twice – with Pushkin medals of the Ac. of Sc. for his research.

He died in Moscow and was buried at the Vagan’kovskoe Cemetery.