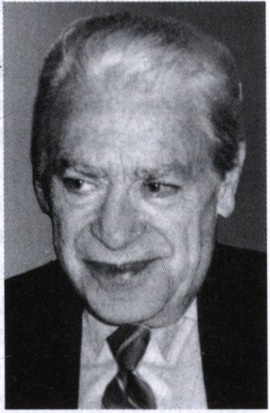 In 1939, he entered the Moscow State University; in 1941, because of bad seeing, he was not assigned to the Army and was evacuated to Ufa together with his parents (his father was a leading specialist in the technologies of motor oils and military technique); there K. worked at the Institute of Aviation Fuel and Oils, at the same time studying by correspondence at the Ufa Teachers-Training Institute (graduated from it in 1942). In 1943, he went to the post-graduate courses of the Moscow State University, then to the post-graduate courses of the Institute of History of the Ac. of Sc. of the U.S.S.R. In 1946, he defended his Candidate thesis in History ‘The Agrarian Relations in Byzantine of the Thirteenth – Fourteenth Centuries’ (publ. in 1952). Because of a conflict after the defense, K. had to go from Moscow for several years; he worked in Ivanovo, and Tula. In Tula he had a chance to work with the personal archive of Byzantinist A. P. Rudakov (1886-1940), found Rudakov’s works on hagiography and decided to study the anonymous ‘Life of Patriarch Euthymius’ (tenth cent.). Later, K. kept his work on hagiography in the U.S.A.; he made articles and a three-volumed work ‘A List of Saints of the First – Tenth Centuries in the Chronological Order’ (not published), as well as 15,000 cards which laid the foundation of the database on hagiography in Dumbarton Oaks: https://www.doaks.org/research/byzantine/resources/hagiography

In 1956, K returned to the Institute of History of the Ac. of Sc. of the U.S.S.R.; in 1961, he defended his Doctor thesis ‘Village and City in Byzantine of the Ninth – Tenth Centuries: Essays on the History of Byzantine Feudalism’. He was a member of the editorial Board of the ‘Vizantiiskyi vestnik’ Magazine, worked over the collective publications ‘The History of Byzantine’ and ‘The Culture of Byzantine’.

In 1978, he emigrated to the U.S.A., where he worked at the Centre for Byzantine Studies in Dumbarton Oaks and made lectures at the Princeton University. Thanks to his efforts, the first lexicon of Byzantine history and culture was created (The Oxford Dictionary of Byzantium).