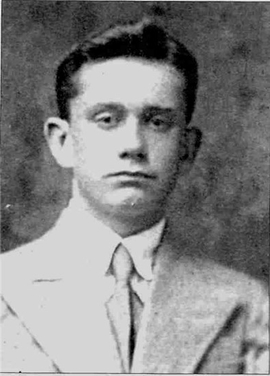 In 1913, he graduated from the St. Petersburg University. In 1914-1917, he worked at the Public Library on various positions. In the spring of 1917, K. passed through his Master exam and was sent by the Ministry of Education to Perm’, to make lectures at the newly organized university; there he became Professor of the Chair of Classical Philology of the Historical and Philological Faculty. He was one of the founders and active participants of the Society of Historical, Philosophical, and Social Studies at the Perm’ University.

In 1920, he returned to Petrograd; since 1920, he was Researcher at the State Institute of the Art History (Research Secretary of the Institute in 1921-1930). Since 1921, he worked also at the Petrograd University: as Professor of the Chair of Classical Philology; since 1937 – Professor of the Chair of Classical Philology of the Philological Faculty of the Leningrad State University; in 1955-1957, he was Head of that Chair; retired in 1959.

He has published articles in the field of classical philology since 1913 (in the ZhMNP – magazine of the Ministry of Education). In general, K. wrote more than 100 works, a part of which includes translations from classical authors, studies on cinema and theatre art, Russian literature, A. S. Pushkin particularly, popular books on some issues of philology. In the first of his life K. studied several issues of classical religion and mythology. His article ‘Common-Day Basics of the Sacrifices in Ancient Greece’ (1926) is of special interest.